Corey was diagnosed with ALS in July 2007 at age 21, but he had shown symptoms for several years prior. After his diagnosis, he returned to Middlebury College and graduated with honors in May of 2008. Corey moved home to Piedmont, CA after his graduation and has been the Assistant Coach for the Piedmont High School Men’s and Women’s Varsity Tennis Teams ever since.

Corey and his family are committed to ALS TDI. Corey and his mother, Wendy, toured the ALS TDI lab at the end of 2007 and since then, the family has been dedicated to fundraising solely for ALS TDI. His father, Ted, became a board member at ALS TDI in April 2009 and his sister, Clare, has worked for ALS TDI since her graduation from Colby College in 2011.

Each year, under the Corey’s Crusade banner, Corey and his family host a fundraiser at the Claremont Country Club in Oakland, CA. Over the years, their family and friends have hosted or participated in numerous other events in honor of Corey’s Crusade including: a gala in Bronxville, NY; cocktail parties in Vancouver, WA and New York, NY; runs, walks, and rides in Boise, ID, Phoenix, AZ, Portland, OR, Big Sur, CA, Napa, CA, New York, NY, Sacramento, CA, and Hilo, HI; bake sales in Oakland, CA and Austin, TX; fundraisers at the games of the Boise Hawks and the Oakland A’s; and Cut-A-Thons in Oakland, CA. Corey’s Crusade has raised over $7.5 million for ALS TDI.

Corey is also involved in other ALS TDI fundraising efforts. Corey has been a Young Faces of ALS Ambassador since the campaign’s inception in 2009. The Reich family’s network has helped organize ALS TDI’s YFALS Corntoss Challenge events in San Francisco, New York, Boise, Seattle, Washington D.C., Portland, Austin, Stockton, Rapid City, and Piedmont. Corey has visited MLB ballparks across the country to promote the YFALS campaign and spread awareness. He is also a big supporter of ALS TDI’s Ales for ALS program. The Reich family attends the Ales for ALS Beer Fest at Faction Brewing each summer and Corey even “helped” (i.e., watched) brew the Ales for ALS beer at two of his favorite breweries in 2013.

From the beginning, Corey has been focused on bringing awareness to ALS TDI and its goal of stopping ALS through the development of effective therapies. Corey has shared his story and his commitment to ALS TDI in newspapers and magazines, on radio and TV, and with other people battling ALS. He is also honored to have become part of the organization called The A2A Alliance, whose goal is to share the stories of people like Corey and organizations like ALS TDI. Corey was the recipient of ALS TDI’s Stephen Heywood Award in 2009 and the A2A Alliance’s (Lori) Hope & Courage Award in 2013.

Corey and his family held their tenth annual Corey’s Crusade Against ALS fundraiser benefiting ALS TDI in October 2017. Soon, they will start planning for their eighth annual YFALS Corntoss Challenge, which will be held in June 2018 in Piedmont, CA.

Donate in honor of Corey 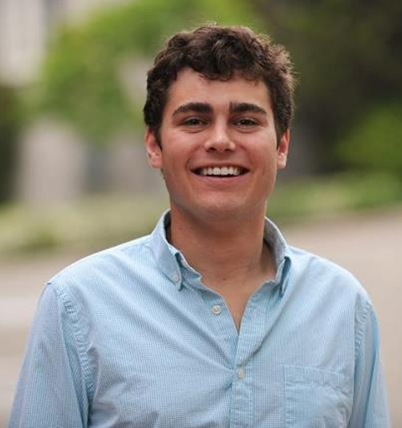