Dustin Quinn is from a familial ALS family and has lost several relatives to this horrible disease. His mother, Deb, has ALS and Dustin learned in 2012 that he carries the gene mutation that causes ALS in his family. He is currently symptom-free but is highly likely to develop ALS in his lifetime.

Dustin was raised in Western New York, and after studying zoology in college, returned to live in his hometown. Dustin works in environmental health as an inspector with his county health department. He and his fiancé, Corinna, just bought a new home and are busy with wedding planning and training their crazy German shorthaired pointer puppy. Dustin encourages anyone with a history of familial ALS who is unsure of or considering genetic testing to reach out to him. Since Dustin learned he was a gene carrier, he has focused on maintaining a positive outlook and making the best out of a challenging situation.

Dustin and his family are participants in ALS TDI’s Precision Medicine Program. He hopes to spread awareness and raise donations for ALS TDI because the organization demonstrates excellence in its commitment to research and developing a cure for ALS. Dustin also supports organizations dedicated to patient assistance such as Hearts for ALS NY, HARK, Hope Loves Company, Joan Dancy & PALS Foundation, Team Gleason, and more.

To learn more about Dustin and his family watch this video of Dustin and his sister, Kristin, who tested negative for their family’s ALS gene mutation, or listen to their ALS TDI webinar.

Donate in honor of Dustin 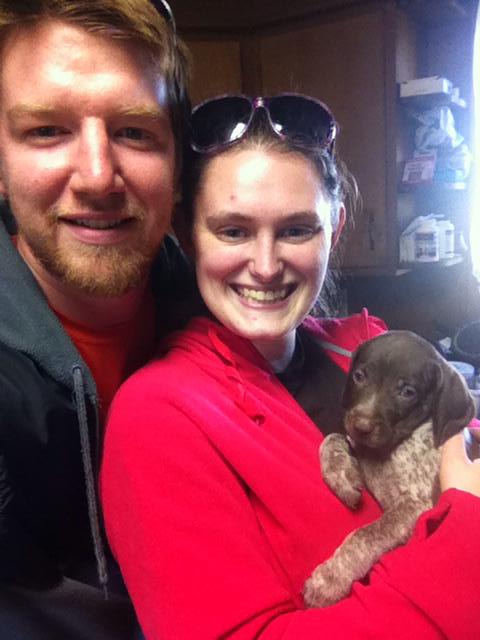