From Birmingham, Al. Married 12 years with two daughters. Bailey(12) and Addy(8). Served as Heavy Machine-Gunner in the Marine Corps. Reached the rank of Sgt. In 3 1/2 years! One combat tour during the initial invasion of Iraq 2003. I attended Auburn University upon return and took a job a salesman for Riddell sporting goods in 2007. Diagnosed September 2009 after over a year of symptoms.

"When I returned home from Iraq I thought I was done fighting. Now, I am fighting for my life against an enemy that has been killing for over 70 years. We cannot win this fight alone. I am dedicated to seek out anyone who will stand by us as we wage war on this deadly disease."

"Research is important because I want to see my girls grow up! I try to raise awareness for ALS and be an example of how important it is to fight, everyday!"

Ian and his family are now celebrating the purchase of a new house in Gardendale, Al.

Donate in honor of Ian 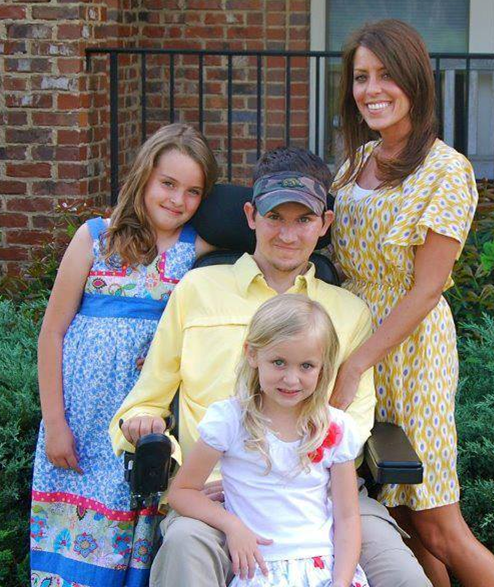